This is the 12th "FLUXUS INTERPRETERS" of the series which started in 2000. This time we will focus on the "COOKPOT", a cooking book edited and published by Barbara Moore. Barbara is the person who has supported the FlUXUS activities behind the lines and was an editor of the Something Else Press, a publishing company by Dick Higgins.

"COOKPOT" consists of 50 or more attractive and healthy recipes all over the world collected by FLUXUS members and her extensive contacts. And, George Maciunas was to design it on large and small pieces of paper and put in a bottle. It was planned to be published by Something Else Press. However, in 1964 FLUXUS faced a crisis of breaking up regarding the performance of ORIGINALE (1961), a theatrical piece by K. Stockhausen. The plan to publish "COOKPOT" was suspended in the air. 20 years later in 1985, it was finally published in a form of book by ReFlux Edition.

This time, we would like to perform it in two parts: In the first part, we will pick up some recipes out of "COOKPOT" and actually cook them on site with some explanation. In the second, we will enjoy the dishes and welcome Mr. AY-O for a talk, showing visual files on Barbara Moore, Stockhausen's "ORIGINALE", a friction between concept and reality of FLUXUS which Maciunas had in his mind, etc.


Barbara Moore: Partner of Peter Moore who continuously recorded the avant-garde art scene in 60's. Also art historian, writer, rare book dealer specialized in the 60's-80's avant-garde art. The first editor of Something Else Press headed by Dick Higgins. She was closely related George Maciunas, the founder of FLUXUS, in 1964 - 1978. After Maciunas's death, she started up ReFlux Edition in 1980 to spread FLUXUS activities cherishing Maciunas's desire. 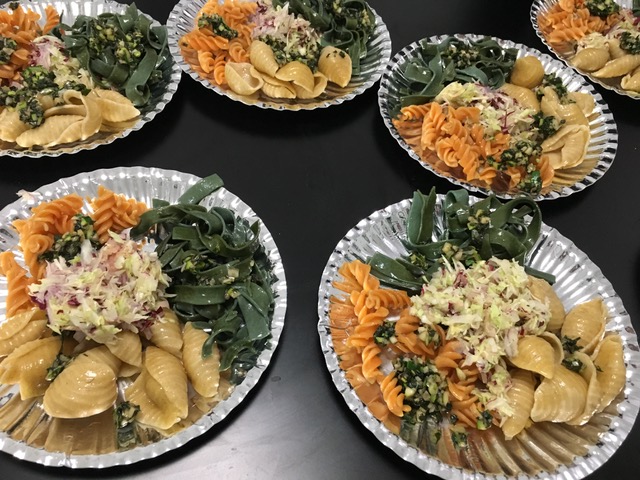