Gallery 360 has function of "publisher of edition works".
This exhibition will be showed the multiples which are published during 1992 - 1994 including the progress projects. 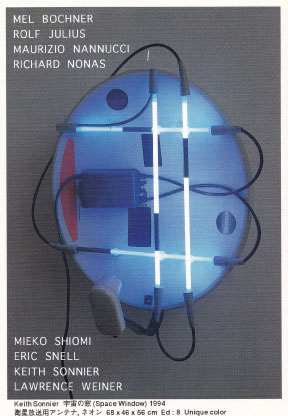