Gallery 360 Degrees is pleased to announced that will exhibit Yoko Ono's radical film installation, FLY, in the gallery December 10 though 29, 2007.

Shown at the Musee d'Art Moderne de la Ville de Paris in 2003 among other venues, the installation will be showen for the first time in japan. The work incorporates 6 DVDs of Yoko Ono's 1970 landmark film, FLY, installed in a dark room, with a time laspe between the beginning of each film and the next, creating an impression of having seen it before, and seeing it into the future. The sound work for each film is set at the same volume, so that a new experience of sound is created by the installation. There will also be an installation in the gallery of Yoko Ono's conceptual artist publication, "Museum of Modern F art" (1971). 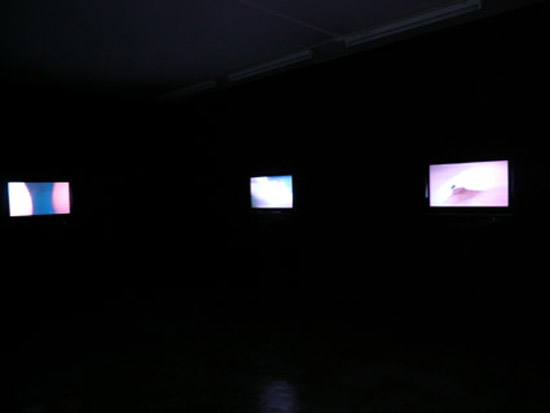