The artist invites the public to take part in the realization of the work O P E N.  Large maps of Tokyo from the early 1900s and others from the present time will be hung on the walls of the gallery, and rubber stamps with the word O P E N in Japanese and English will be attached to strings so that people can rubber stamp the old and the new maps.  There will also be a panel where people can write their thoughts about O P E N.

The work is a reflection of Yoko Ono’s belief that the streets and squares of the city are like the veins and blood vessels of the human body lying beneath.  The various metaphorical meanings of O P E N are able to communicate, and will commemorate and process the pains of the past and will help to heal.

In a statement the artist says, “It’s time to be open to each other.” 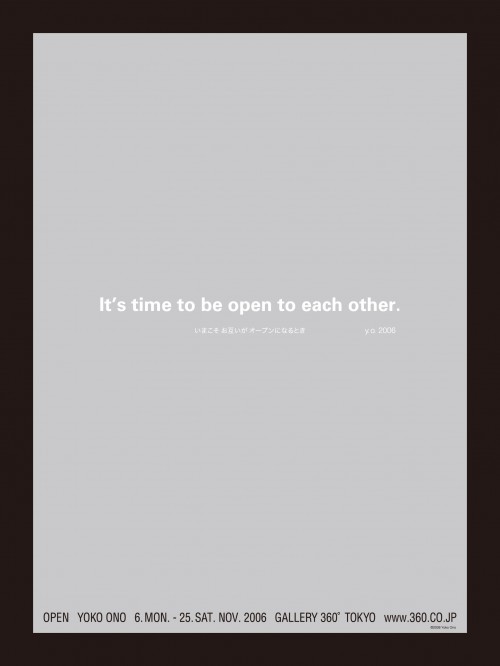