The problem of water is closed up as a big problem that we cannot disregard, and has been held actively in all parts of the world such as the water-related researches and symposiums in recent years.

Since Yoko Ono presented the first work of water 1964, then "Water Talk" in 1967,
She has sent a big concern to the problem of water until today.
Water is a meaning of necessary, indispensable in live for human being, and for Yoko Ono, moreover, it is love and synonym.

This exhibition is an installation that makes "Water Talk" an embodiment.
The container of 33 lacquer paint to which the card to which the name was filled in was affixed was displayed to the gallery space, and water was filled respectively by the container. As for the person name written on the card by the artists, the name of President of the United States of America, the physicist, and the close freinds that was ruling politics now were listed by the historical figure. There is a name of Hitler and Osama bin Radin in the inside, too. Ono put the meaning that the peaceful world was realized by pouring the profound attachment into all these people, and gave the container water. 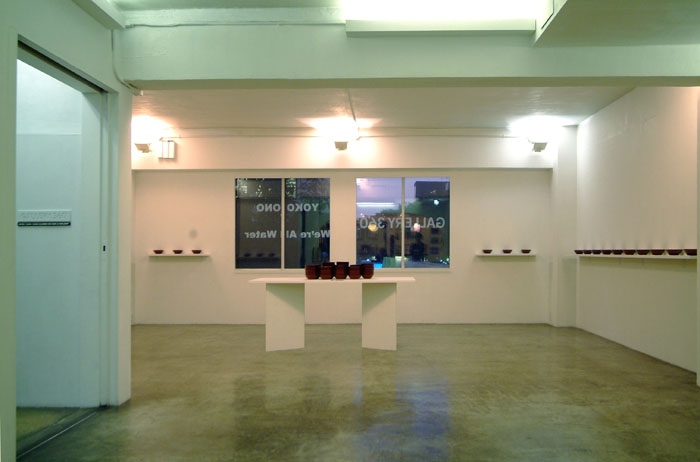