GALLERY 360° is pleased to announce an exhibition by Yumi Tohyama, “THE COMPASS”. ‘Daul Letter’, a unique lettering system created by Tohyama that can be read in both English and Japanese, is an ongoing project. Although her starting point was originally the creation of characters that read on both face and back, she has begun to believe that “the power of a word lies between two things, such as black and white, that is Non Dual”. After she’s got her own atelier in Nagano prefecture, she developed the idea of Non Dual to this new series. What we exhibit this time is created out of her Dual Life between two places.

I’ve drawn four directions.
Yet no Compass of mine has a pointer,
They designate the centre.

The place I stand is between
East and West,
South and North, too.
Wherever I stand, it points just one direction.
I want to see through future landscapes from that point.

Ten years ago,
I wrote in my book “Dual Letter”,
My vocation is to build up the boat for words…

Imagine the place I’m standing,
It might be a port viewing the ocean,
Or a mountain village out in the sticks,
Or the corner of a small gallery,
My eyesight is 360°free.

Wherever I stand today, I am picked out by GPS.
So quietly, I am willing to sail out on a wuthering ocean,
In the boat I created,
With my compass.

Yumi Tohyama
Born in Tokyo. From1999, started to exhibit her artwork in the Gallery 360, among other museums and galleries in different countries.
Public collection in Akademie der Kunst in Berlin. Wrote “The Dual Letter”, translated “Writing, Illuminating, and Lettering”, and “China; Empire of Living Symbols”.
Organizes the Dubsar Scriptorium at the Hillside Library in Daikanyama. 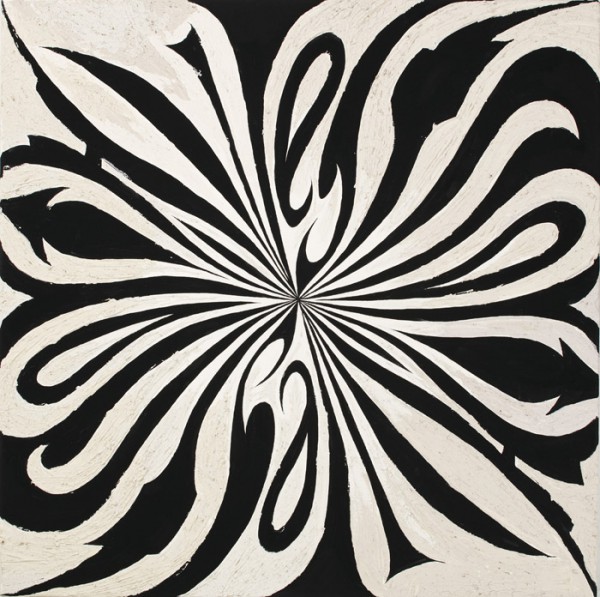